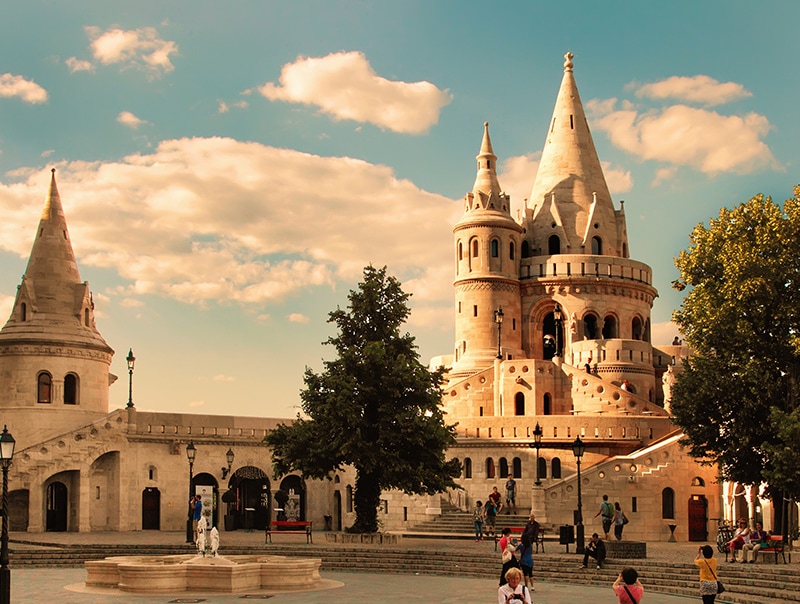 Budapest isn’t the hardest capital city to traverse by car but considering the extensive public transport network it’s not recommended. If arriving by car its best to leave it parked at your hotel as traffic and parking can be hectic especially in tourist areas like near Castle Hill. Watch out for trams, poor road markings and confusing one way systems, it’s also worth keeping in mind that any more than a trace amount of alcohol in a drivers system will land a fine or court proceedings.

The public transport network in Budapest sprawls everywhere and has a frequent night service, the old metro cars alone are an experience. Some get confused when using the ticket system in Budapest for the first time, then get fined by ticket inspectors. Tickets must be validated once purchased, before you get to the platform of the Metro or once you’ve boarded trams and buses, then just keep it safe displaying it to any inspectors who request, tickets need to be validated every time you change line. EU country residents aged 65 and over can use public transport for free in Budapest you’ll just need to show valid ID if asked by ticket inspectors to verify age and nationality. Most passenger information and service notices are printed in English. All ticket details and prices are available here (http://www.bkk.hu/en/prices/).

There are many taxi companies operating in Budapest, they’re a reasonably cheap way of getting around when public transport isn’t available. If arriving by plane simply arrange a taxi at the kiosks outside the airport’s terminal, always ensure any taxi used has its company name and tariff written over it. Not all taxi drivers will be able to speak English but the controllers do so for ease just book one by phone, you’ll also find it’s cheaper than getting the same taxi off the street. Here are a handful of phone numbers for reliable taxi firms: Fő – 222 2222 Buda – 233 3333 City – 211 1111

Budapest is scenic, luckily it’s easy to get around and see on foot, the centre has plenty of pedestrian zones which are well lit at night which looks beautiful and gives a better sense of security. There’s less cyclists in Budapest than most European cities resulting in a lack of bike lanes, watch out for any rogue bicycles using the pavements as shortcuts. It’s a big city but if you use the public transport to get to a main area you can then walk around the rest of the day with loads to see and do. Wear comfortable shoes as there are lots of cobble stone roads and stone steps in and around Castle Hill. Check out http://triptobudapest.hu/ for Budapest’s best free walking tour.

Budapest has a remarkable concentration of thermal springs cementing it as a top European spa location, Hungarian bathing is a tradition dating back centuries. Thermal baths usually house several thermal pools and offer saunas, massages and many other treatments. Now almost all baths in Budapest are mixed sex which is welcomed by tourists. Choices are endless with plenty of modern and historic thermal baths in and around the city. The world renowned Gellért thermal bath is most popular, Rudas Bath with its sensational dome sky light dates to the 16th century and Lukacs Baths have nice indoor and outdoor pools.

The Gellért hill and the Citadel

A UNESCO World Heritage site, the Citadel is a fortress atop of Gellért hill in the 11th District of Budpast. Offering panoramic views over the city and the Danube, the citadel is a fantastic place to spend the day, with numerous museums and historical points of interest to enjoy.   .

There are some unusual places to get a drink in Budapest, the city has a number of so-called ‘ruin pubs’; formerly abandoned buildings that have been converted into low key clubs with little more than unwanted furniture and some creativity web. These unique bars are now a major attraction in Budapest, with some of them now frequented more by foreigners than locals. Anker’t: Is one of the biggest garden bars in down town Budapest. Contained within an enormous structure of a former factory, it is made up of large connecting courtyards. Location: 1061, Budapest, Paulay Ede utca 33. Ellátó Kert: Hidden away behind a plastic curtain on Kazinczy Street Ellátó Kert is a magnet for cool with an eclectic crowd always to be found here. Location: 1075 Budapest, Kazinczy utca 48. Corvintető: Formally a communist-era department store, the building at Blaha Square was abandoned until the top floor was converted into one of Budapest’s hippest nightspots.  As well as hosting some international and domestic DJs, Corvintető also frequently hosts movie screenings. Location: 1085, Budapest, Blaha Lujza tér 1-2.

The Budapest Card is available for one, two or three days and entitles you to free public transport travel, free entry to 8 museums and St Lukács Bath. It also gives discounts at over 70 attractions, events, tours and restaurants. Cards can be bought at tourist information offices, hotels and manned Metro ticket booths. You can buy your Budapest city card here. 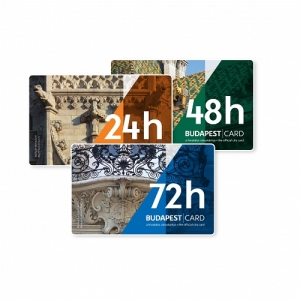 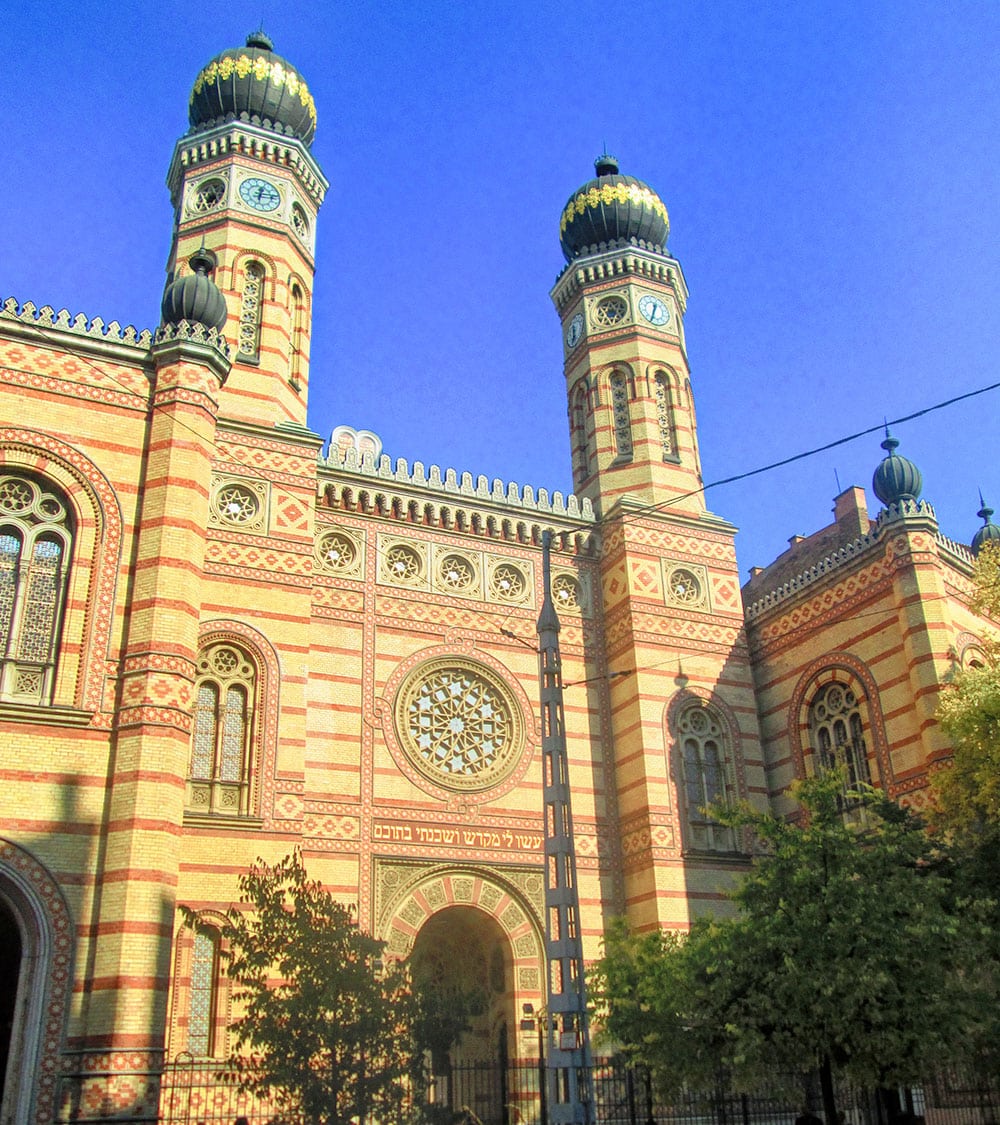 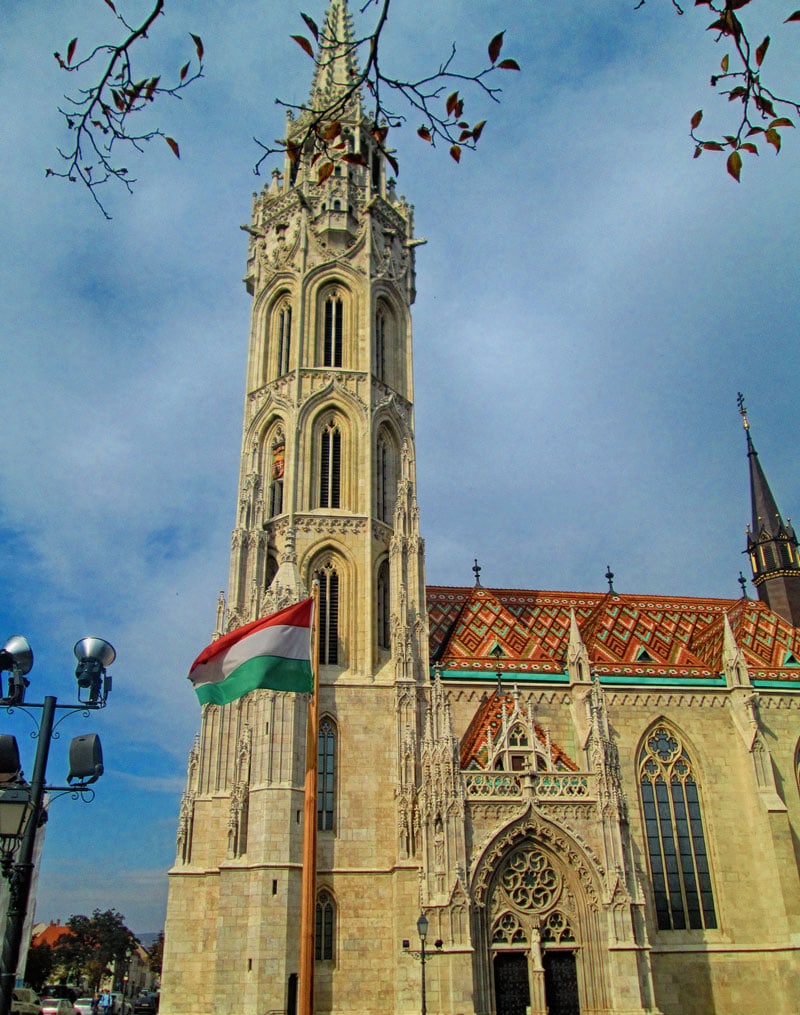 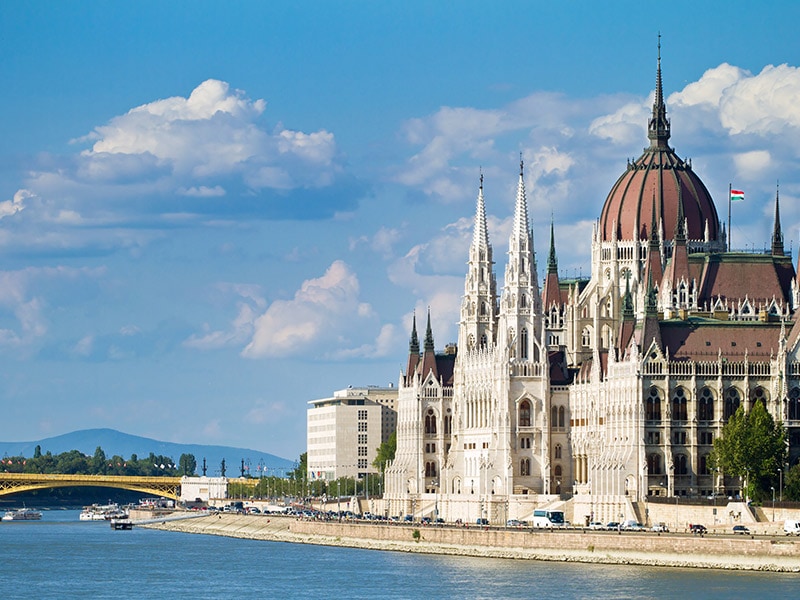 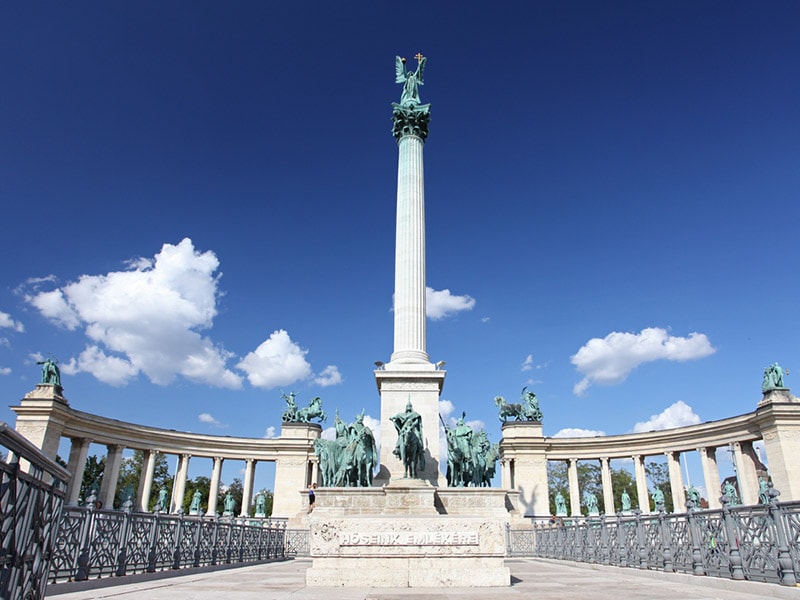 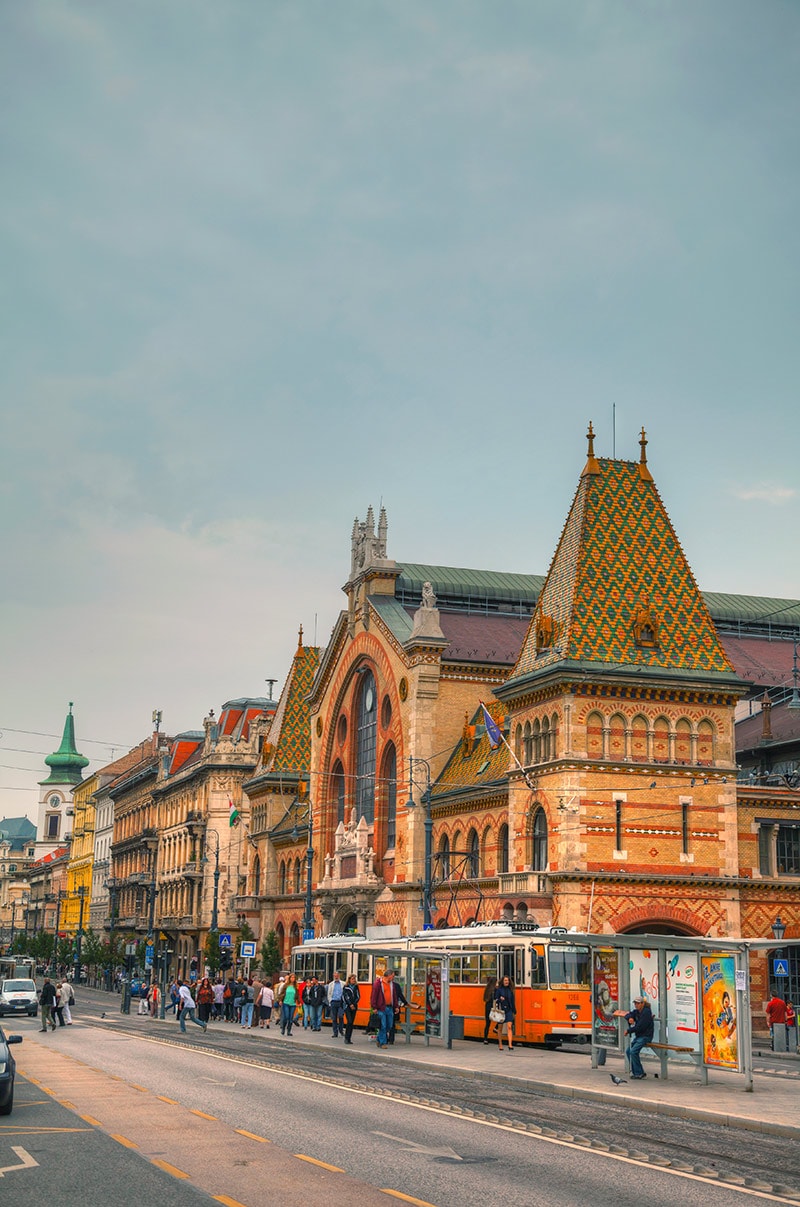 Hungary has a fascinating cultural heritage which is reflected in its architecture and people. Visitors to Budapest in particular are treated to ruins and religious buildings dating back hundreds of years, with a fascinating mix of different cultural influences they display the development of Hungary’s character as it is today. Due to Hungary’s nomadic history, fine arts developed in strong interaction with European art, and although they always reflected European tendencies, they have retained a strong character of their own. Budapest is a cultural hotpot brimming with museums and galleries, throughout the year public events pop up all over the city. Many popular attractions are pleasantly affordable or free, meaning backpacker budgets will stretch even further. Bear in mind that many museums are closed on Mondays.

The Dohány Street Synagogue, down the street from Deák Ferenc tér is Europe’s largest synagogue and the world’s second-largest. The synagogue is home to the Memorial of the Hungarian Jewish Martyrs, remembering 400,000 Hungarian Jews that were murdered by the Nazis, it’s a weeping willow with silver leaves which bear the names of victims.

This museum’s sensationally vast collection is made up of international art mainly European, its home to over 100,000 pieces spanning many periods making up one of Europe’s most significant art collections. Located in Heroes Square, the Museum of Fine Arts offers audio guides and is a must for art enthusiasts. Opening hours: Tuesday – Sunday: 10 am – 6 pm Closed on Mondays (except on bank holidays when the museum will usually be closed the following work day) Adult tickets to see the permanent exhibitions are 1 800 HUF or Free if you have a Budapest Card.

The Museum of Military History

The museum exhibits military objects and documents either of Hungarian origin or relating to the military history of Hungary. The exhibition “Thirteen Days about the 1956 Revolution” is well worth viewing. Opening hours: April 1st to September 30th: Tuesday – Sunday 10 am to 6 pm October 1st to March 31st: Tuesday – Sunday: 10 am to 4 pm Ticket Prices: Adult: HUF 800 Child & Senior: HUF 400

Founded in 1802 by the philanthropist Count Ferenc Széchenyi, the National Museum is home to a stunning collection of Hungarian art and historic artefacts, including regions no longer within Hungary’s current borders. Displaying the Holy Crown of Hungary, the national museum is well worth a visit to discover Hungary’s full rich history. Opening hours: Tuesday-Sunday: 10 a.m. – 6 p.m. Closed on Mondays. Ticket prices can be found here.

At 96 metres its equal hight to the parliament and well worth a visit for stunning panoramic views of Budapest, great for photos! The basilica also houses Hungary’s most sacred treasure, St. Stephen’s mummified right hand, the Szent Jobb or Holy Right Hand. Opening hours: From 9am – 5pm everyday. Please not the cupola is only open between 1st April and 31st October. Ticket prices: 1 600 HUF for an adult (without going up the cupola: 1 100 HUF)

The museum presents the 2000-year old history of the capital. The fascinating collection of artefacts and historical documents traces the city’s and the castle’s history via three distinct exhibitions. In summertime visitors can walk in the reconstructed mediaeval gardens, climb on the top of the castle walls and up the panoramic Buzogány Tower. Opening hours: Tuesday – Sunday 10 am to 6 pm Closed on Mondays. Details of ticket prices can be found here.

Located in Buda Castle, displaying works from the 10th century to present day including architectural remains, sculptures, carvings and paintings. All there is to know about Hungarian art can be found here, audio guides are available in many languages. Opening hours: Tuesday-Sunday: 10 a.m. – 6 p.m. Closing time of the ticket offices: 5 p.m. Closed on Mondays. You can find details of ticket prices here.

The open air museum of Communist statues is little bit out the centre, accessible by bus from Deák Square. In 1989 the Communist regime fell leaving many Communist statues and monuments scattered throughout Hungary, they were hastily demolished and left here. Made famous by the Goldeneye movie, Memento Park or Statue Park is unique cold war collection you won’t find anywhere else.

One of Europe’s largest specialist museums with around 139,000 Hungarian and 53,000 international art objects. The ornate interior served as Hungary’s Supreme Court until 1975. The exhibition includes a variety of temporary exhibitions of artwork, photography, clothing and jewellery. Opening hours: Tuesday – Sunday: 10 am to 6 pm Entrance fees: Adult: HUF 1,000 Child & senior: HUF 500

A.K.A mini Glastonbury is held in August on Óbudai Sziget (Óbuda Island), it’s now one of the best known festivals in Europe, offering an array of cultural, culinary and musical events. Weathers usually nice and camping is definitely recommend for the full experience, prices/tickets can be found on their site.

During the last two weeks of March each year Budapest is host to one of the largest cultural festivals in Europe. Most acts are varieties of classical music, opera and performing arts around 200 events take place in 50 venues in all, giving the whole city a buzz.

Accommodation or more specifically hotels in Budapest are absolute bargains, good standard double rooms in prime locations sell for what you’d expect a hostel bed in Europe would cost. The hostels are cheaper but not by much so Budapest is a good city to spend a little more to get a lot.

When looking for accommodation sites like TripAdvisor and Booking.com can really be your best friend. Put your dates into TripAdvisor and you can search by price as well as seeing the ratings, helping you pick the best value for money. Use Booking.com to search 500,000+ hotels in more than 200 countries worldwide

. We can recommend Corvin Point Hostel for central but well priced accommodation with  private and dorm rooms available.

My Top 10 Itinerary Musts in Budapest 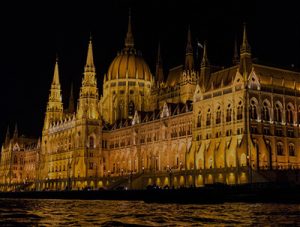 Budapest, Hungary. Did you ever think you would be contemplating a visit? Neither did I. It never appeared on my ...
Read More
Hungarian Food 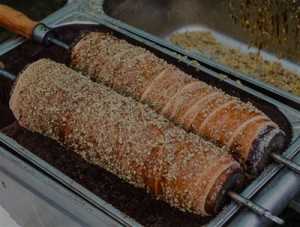 Hungarian food is very meat, cheese and vegetable based, meals are always hearty and filling with many of the fantastic stews ...
Read More